No changes over the past year.  We are planning to build it higher, but it is a lower priority now because of many other projects.

Over the past several months, we’ve worked hard on the Lighthouse.  This is what it looks like now: We’ve learned about sending a raft upwards to send materials and reducing weight when you need to climb high slopes, such as this one. 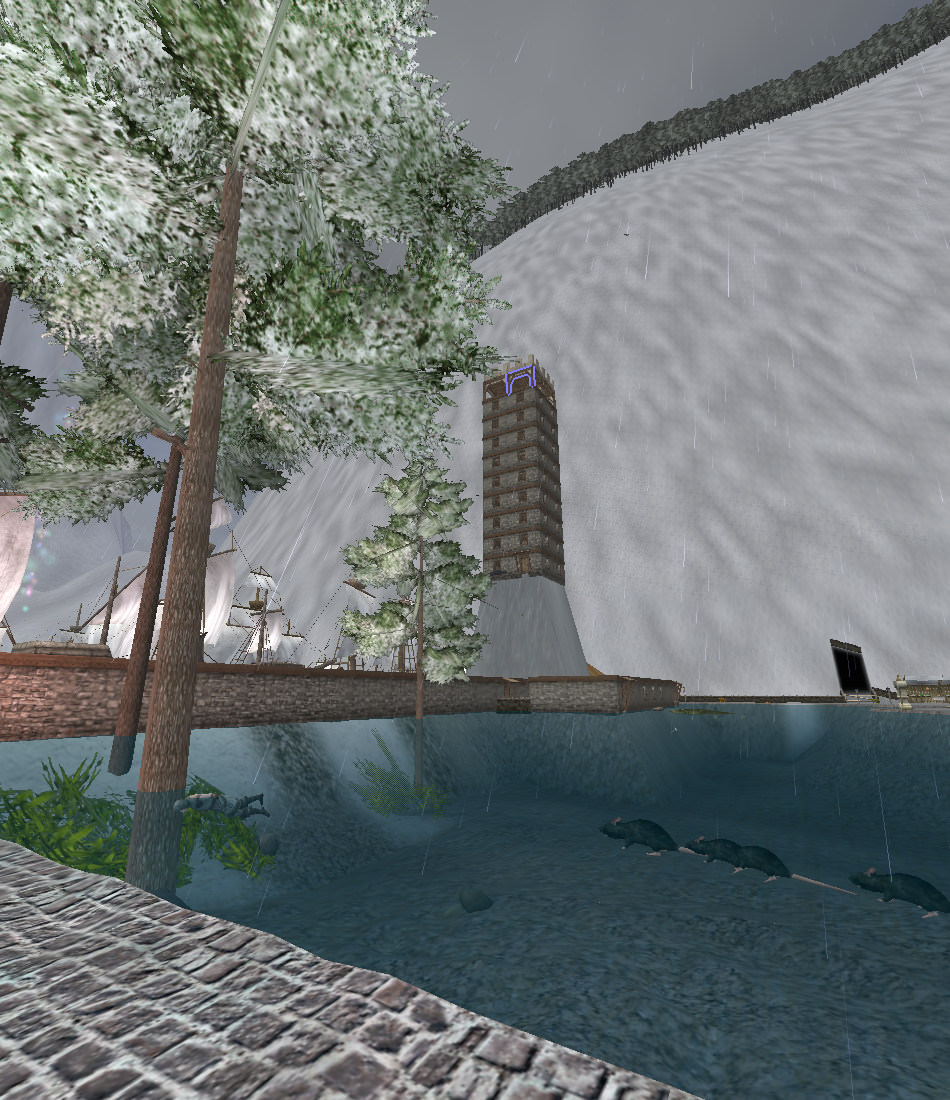 But since then, the lighthouse has decayed, disappeared, and needs to be rebuilt from scratch.

So, lighthouse with a spiral staircase.

On second thought, I like the Lighthouse I saw at Freedom Docks… I think it was alternating levels of Marble and Sandstone, so we should explore that area first, and maybe keep an eye out for other variations in the world.

Another option is to do timber wall windows of varying colors, such as this one by @HughMongus: In this picture above, @HughMongus dyed every other level of the timber wall window with Colors: R=169, G=79, B=79.

On the top is a Marble Brazier Pillar, which would be an enhancement to the way things used to be in this area.  He says, street lamps are visible out 50 tiles and the MBP flame is visible to 80 tiles.  He also said, from a village planning perspective, if you space these MBPs about 5 tiles apart from one another, you get good depth of field for an aiming point on a dark night.